Is Almond Milk Really Healthy? More About The Importance of Calcium and Dairy Products

While there are proponents of each of these diet styles that seem to downplay the importance of getting adequate minerals in the diet, researchers like Weston A. Price found that traditional Hunter Gatherer (HG) societies had  much higher intake of minerals than their urban counterparts. Most people are aware that the soils and water do not contain the same level of  minerals that they once held, making getting adequate calcium from other sources crucial for long-term health of our bones, teeth, and perhaps our ability to avoid the 'inevitable' age-related increase in fat mass, or even childhood obesity. 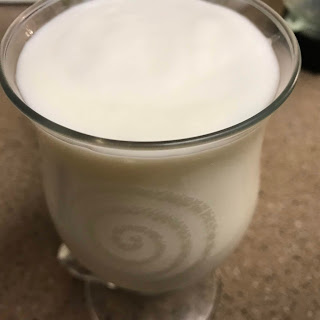 I think it behooves all who are diligent about getting properly nourished from their daily intake of food and fluids to consider the role of calcium and other minerals in the diet, and take steps to get an adequate supply.

Here are a few recent examples of nutrition gone wrong, and what I believe to be the result of all the propaganda about how horrible commercial production of dairy is.  As I have said in my videos, there is always room for improvement.  But the wretched PETA videos play on our emotions, and trigger us to act without fully verifying facts.  Not all dairy producers are treating animals in the manner shown in those videos.  There are plenty of farms that produce milk without any harm to the young calf, or other dairy producing animals.

So, sip on this one:

Some moms have been substituting non-dairy plant milks for cows milk, however, this has been shown to cause severe nutritional deficiencies.  Additionally, almonds contain high levels of oxalates.  Children given almond milk have increased risk for hyperoxaluria, which is increased urinary excretion of oxalates, often leading to kidney stones.(1)

Kidney stones!  In kids!  From drinking the beloved almond milk!  Is this really a better choice?

In a recent study published in Pub Med, nine infants between 4-14 months that were fed non-dairy milks instead of infant formula (not clear if any were breast-fed at all), were all found to have severe nutritional deficiencies. According to the abstract, three infants "presented severe protein-calorie malnutrition with substantial hypoalbuminemia (<20 g/L) and diffuse edema."   One infant had severe hypocalcemia.  There were five with significant stunted growth of both height and weight, and five of the infants also had severe iron deficiency anemia (<70 g/L).  Three of the children had very low 25-hydroxy vitamin D level leading to rickets, while two had "severe hyponatremia (<130 mmoL/L).(2)

All nine of these children studied exhibited severe nutritional deficiencies from being fed non-dairy alternatives to real milk, some of which cleared once proper nutrition was restored!

Sorry, but almond 'milk' does not get a hall pass to good health!

I also mentioned in my last post that calcium can contribute to weight loss.  Several studies including animal studies have associated increased consumption of calcium, specifically from dairy products over supplementation, with increased fat loss.  In the article,  Dietary Calcium and Obesity, published in the Journal of American Board of Family Medicine (JABFM), epidemiological studies were reviewed showing a relationship between dietary calcium intake and obesity, along with the physiological mechanism of calcium and fat loss.


According to the article,  "Low levels of dietary calcium from dairy product consumption increases the risk of hypertension and insulin resistance syndrome (IRS)."  They also report that "each daily serving of a dairy product was associated with a 21% lower odds of developing IRS" as found in the Coronary Artery Risk Development in Young Adults, or CARDIA study.

The mechanisms suggested in the JABFM article are two-fold.  One way that increased dietary calcium can help mitigate weight/fat loss is because of the increased dietary calcium intake depresses parathyroid hormone and a form of vitamin D which causes there to be lower levels of intracellular calcium, which inhibits lipogenesis (fat storage) and stimulates lipolysis (fat break down.)

The other mechanism influencing greater fat loss in those studied who consumed higher amounts of dietary calcium, especially in the form of dairy products is because the increased calcium intake binds more fatty acids in the colon, which inhibits fat absorption while increasing fat excretion depending on fat intake.

Another epidemiological study mentioned in the JABFM article was the National Health and Nutrition Examination Study III (NHANES III) which "found that after controlling for energy intake and physical activity, body fat was lower in people with the highest calcium intake.  There was a reduction in risk for obesity with each increasing quartile of calcium intake.  At the highest quartile of calcium intake (an amount approximately equal to the current RDA for calcium), the risk of being in the highest body mass index quartile was reduced by 85%."  That is significant!

I recall many proponents of plant-based and vegan diets claiming that calcium supplementation was not generally necessary or recommended, especially in higher doses.  Well, it is true, you are better off eating dairy products rather than getting calcium in pill form, however, I would highly recommend being very diligent if planning a diet that excludes dairy to ensure getting adequate calcium, especially if vegan.

And, to those vegans, especially the raw vegans who are chronically cold, guess what?  Consuming calcium-rich dairy products can help you generate heat, and warm up!  You may still prefer living in a tropical climate to support your fruit habit, but, it bears pointing out that not being able to warm oneself is a sign of imbalance!

Some plants, like spinach ~ another favorite of the smoothie loving crowd ~ contain calcium, but they also contain high amounts of those nasty oxalates, which can bind with the calcium creating these crystals that lodge in the digestive tract and elsewhere in the body causing a lot of inflammation, pain, and damage. 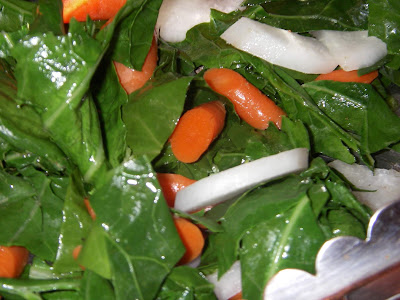 If you think you don't tolerate dairy foods, I would recommend doing some experimentations.  Some who believe themselves to be lactose intolerant are able to tolerate certain levels or types of dairy foods.

The quantity and the type ~ whether cultured, aged, or fresh, and whether low or full-fat ~ can all have a different net effect on how well you digest and assimilate.  Also, the two main proteins in dairy foods are whey or casein, and some people may have issues with the whey, others with the casein.


Butter, sour cream, and heavy cream have virtually no protein.  However, these are not the best sources of dietary calcium, compared to milk, yogurt, and cheeses.  Stay open, and experiment.  Many people believing they have bowel problems from dairy foods find they have no problem when eliminating the fiber-rich plant foods from their diet instead! 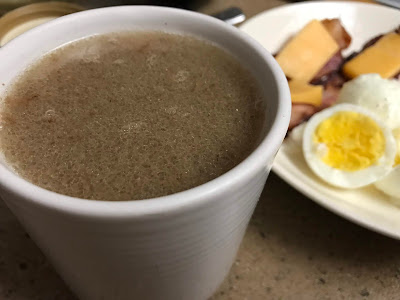 With a proper water filter, your drinking water is potentially another way in which you could be increasing your calcium intake.  That said, the water would have to be tested to know for sure how much calcium each glass contains.

Read more about the importance of getting adequate calcium, and everything you may want to know about the health benefits of eating an animal-centered diet in Don's well-written, and well-researched book, The Hypercarnivore Diet, now available on Amazon!  (Read details about his book, here.) 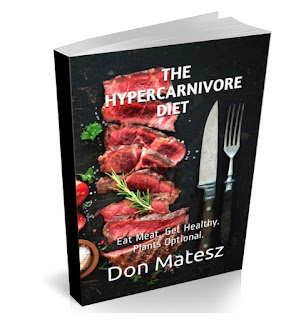 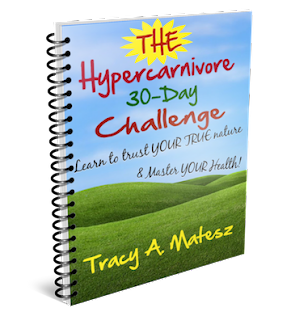