Don and I have already discussed why low-sodium, potassium-rich foods are better for long-term health in several previous articles, including:

Continual consumption of salt, especially in conjunction with low intake of potassium has been associated with increased risk for stroke,  high blood pressure (HBP), hypertension, stomach cancer, senior senility, kidney disease, osteoporosis, allergies, asthma, and obesity.
Read the above articles to learn more, or check out either of two  books we recommend ~ Salt And The Seven Deadly Ills, by Karel Sporek for a better understanding of the chemistry of salt (sodium + chloride) and potassium, and The Salt Solution, by Herb Boynton to read about earlier research associating salt intake to the above diseases.
In this post, I share a few charts from Sporek's book showing the mineral content of a sampling of fruits, vegetables, grains, beans and nuts, plus the sodium and potassium content of beef, chicken salmon and eggs.
Fortunately,  all natural foods ~ including meats, dairy, whole grains, beans and legumes, nuts and seeds, and fruits and vegetables ~ contain both sodium (with some exceptions) and potassium, with potassium (K) being in much larger quantities than sodium (Na) ~ {K>Na} ~  however the ratio varies among foods. As you'll notice in the lists below, most plant foods contain at least 20 or more times the amount of potassium as sodium!
I've also included a few photos of 'healthy' wraps, and other food items to show the ratio of sodium to potassium is typically inverted ~ with more sodium than potassium.
The rest of this post is a photo gallery of a few of our recent low-sodium, potassium-rich meals ~ for your inspiration, along with links to recipes where applicable.  Pardon a few photos that aren't super clear.

Low-sodium, potassium-rich meals can be savory and flavorful, despite what many may imagine before trying to ditch the salt rabbit. 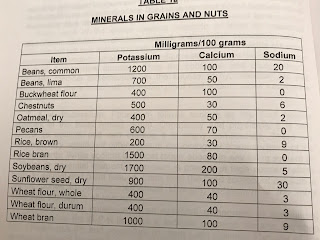 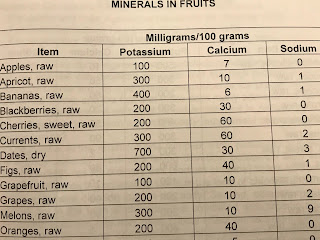 Prunes, not shown have 700mg potassium per 100 grams, while raspberries and strawberries have 200mg. 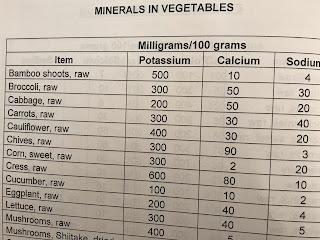 SODIUM AND POTASSIUM CONTENT OF A FEW PACKAGED FOODS 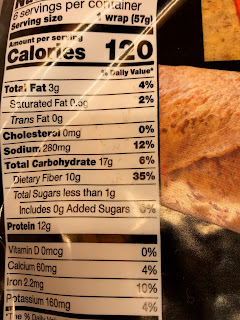 As a general rule, try to avoid buying anything that has more sodium than potassium.
If it's unavoidable due to lack of lower-sodium / salt-free options, then be cognizant when cooking, or preparing what goes inside the wrap, ensuring to avoid adding more high-sodium foods.
If making a breakfast burrito, for example, cook eggs without salt (eggs already have a good amount of naturally occurring sodium), and add salt-free salsa and avocado which is a great source of potassium. 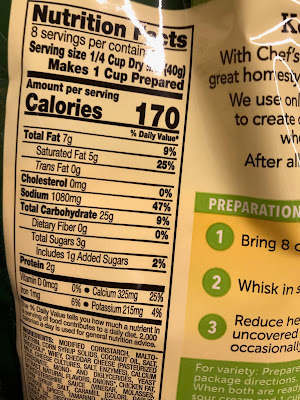 I'm not sure off hand what this product was anymore, however, with what is available to read, you can see how the package is boasting a value of greatness ~ Chef's...We use only...fill in with your imagination.  YET, take a gander at the ingredients.  Thevery first ingredient listed is modified cornstarch, a non-essential non-nutrient!  There's maltodextrin, coconut oil, salt...hardly anything to boast about.  And, look at the sodium content!  Over 1000mg Na, 215mg K per 1/4 cup dried / 1 cup prepared. How many people using a product like this are only having one cup if it is a meal?  Add to that the sodium intake from other meals, or food items used to prepared meals (canned tomatoes with salt, for example), plus salt used at the table or while cooking.  The sodium:potassium ratio is inverted with 5 x more Na than K!
These products are not even near as high in sodium as most foods ordered out, whether pizza, stir fry, chicken wings, burger and fries, pot pies, tacos, burritos, or even a breakfast omelet.
Sporek has several charts showing the amount of sodium in many different popular entrees.  It's clear that most Americans ~ and elsewhere ~ consume way more sodium than potassium, far above minimal recommended requirements of about 500mg of sodium per day.

Tips For Increasing Potassium In The Diet I guarantee your tastes will change!  In just a short time of reducing or even eliminating salt, you will come to prefer lower sodium meals!   Salt-free foods taste sweeter ~ like the food, not the salt!  We don't miss the salt at all!
Look for recipes here and at Live-Fruitfully.com
Be sure to keep focusing on consuming fresh, whole natural foods, as outlined in the Three Tiers of Foods of Meats and Sweets ~ meats, dairy, eggs, fruits, winter squash, tubers, vegetables and sprouted or whole grains, with some nuts, seeds and other foods added as per your needs and tolerance.